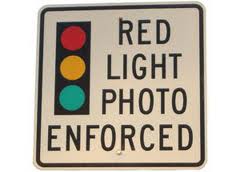 Critics of red light cameras argue that red light cameras are unconstitutional because the owner of the vehicle is ticketed even though the owner might not have been driving at the time of the violation. Critics also point to the discrepancy with Missouri State Law requiring points to be assessed on the violators license. Many people also believe the cameras are a money grab or scam under the guise of public safety, and about 1/3 of the revenue from the cameras go to American Traffic Solutions, a private company that has raked in millions of dollars in profits.

What do you think of Missouri’s red light camera laws? Answer in the comments section below!

One Response so far.

Leave a Reply to Brent Simunek