The peaceful vigil for slain teen Michael Brown turned violent tonight, with protesters damaging police and news vehicles, and looting a Quiktrip. The incidents are occurring at West Florissant and Ferguson Avenue.

Update August 11th 12:36am: Civilian injured by looters at Ferguson Taco Bell, and a liquor store is being looted right now. 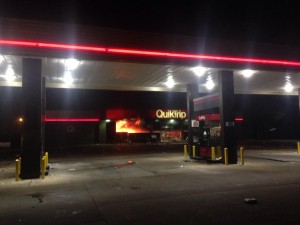 Update 11:04pm: Reports that shots have been fired within the crowds, and QT is on fire in #Ferguson.

Update 10:43pm: Unconfirmed reports of gun shots in the area. New video of the rioting. 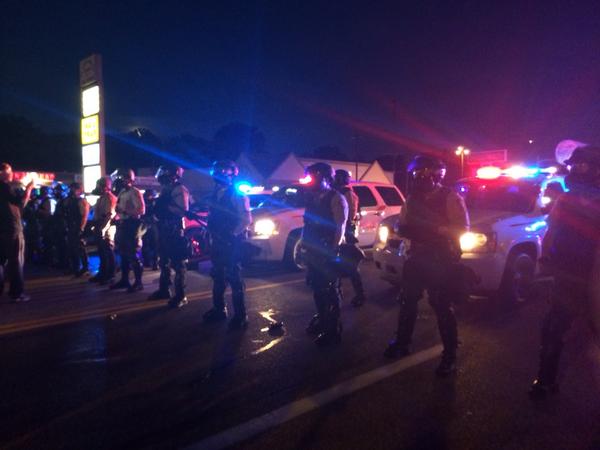 Additional officers have been called on the scene to handle the protesters. An area Quiktrip was damaged and looted by protesters. 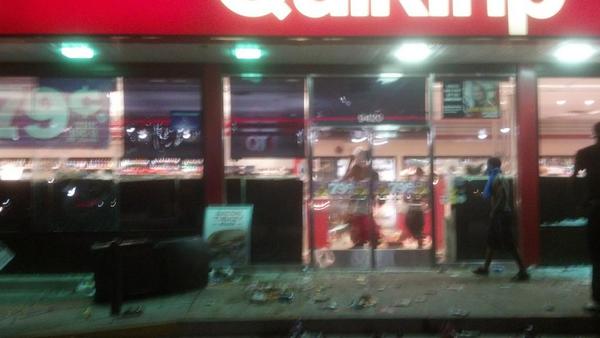 Witnesses report that police in riot gear and tear gas masks have arrived on scene. Other witnesses say a Post Dispatch reporter was hit in the head with a bottle. There are apparently over 200 squad cars in the area. News crews have been advised to leave the area.